Agriculture is a major contributor to New Zealand’s economy, representing more than half of the country’s exports. It is also responsible for 47% of the nation’s greenhouse emissions.

The PGgRc is a commitment by the pastoral sector to address these emissions, while ensuring New Zealand’s economic wealth is not compromised. Ultimately, it aims to deliver knowledge and economically viable mitigation practices or products that will help New Zealand farmers manage greenhouse gas emissions, while increasing productivity. At an operational level, PGgRc works towards achieving that by focusing on the creation and development of intellectual property relating to greenhouse gas reducing technologies and practices.

As part of the UN Framework Convention on Climate Change (UNFCCC), New Zealand had made a commitment to lower its greenhouse gas emissions by 2020 – to 5% below 1990 levels. Further to this – in response to the 2016 Paris agreement on Climate Change – the New Zealand Government recently announced that its Nationally Determined Contribution (NDC) would be to reduce greenhouse gas emissions to 30% below 2005 levels by 2030.

While New Zealand makes only a small contribution to global emissions, the country’s reputation as a trading nation implies an obligation to contribute fairly towards the global effort to reduce greenhouse gas emissions and the risks from climate change.

The PGgRc was established in 2003 and invests about $5 million annually in greenhouse gas research. It is an unincorporated joint venture involving:

The industry funding is matched dollar for dollar by the Ministry of Business, Innovation and Employment. 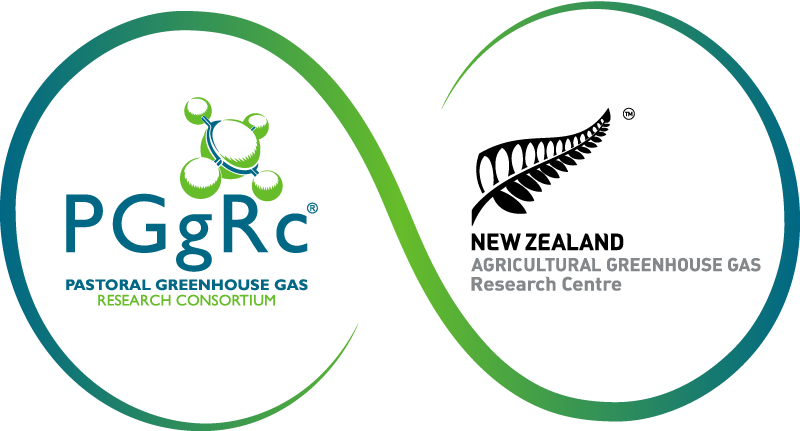 This report is a reference document that summarises key research activities undertaken by PGgRc over the period 2007-2012. It identifies some of the consortium's major achievements during that time, along with its plans for the future.

2003 MEMORANDUM OF UNDERSTANDING WITH CROWN

The MOU, signed in 2003, sets out the agreement between the Crown and partners of PGgRc regarding the funding and coordination of research into agricultural GHG in New Zealand. This commitment by the sector has remained in place since that time and was reinforced with the formation of the NZAGRC in 2009, of which the PGgRc is a member.